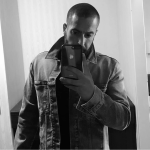 First launched back in 2009, Some Guys One Mic (SGOM) started off as an amateur gaming podcast to be enjoyed by gamers and geeks alike. With the launch of the second season, Some Guys One Mic introduced their website, offering the gaming public unbiased games reviews, and news. Prior to Season 3, SGOM launched an RSS Feed which made it available for everyone to stream or download the show through RSS on Android, Zune, Windows, and Apple products! After the RSS feed was launched, The Some Guys One Mic show was officially the first Maltese Podcast to be published on the iTunes Store and Player.fm. In 2012 the website was redesigned and the decision was taken to re-launch the podcast series in English. Marking their fourth anniversary owner and founder, Matthew Cesareo, launched his first Web Comic, titled, ‘Suddenly Beards…Everywhere’, and in 2014, the website was yet again redesigned offering the users a better interface, faster loading times, more social features, and a more modern look.Check out our website by clicking here!You can also check out our podcast on itunes by clicking here